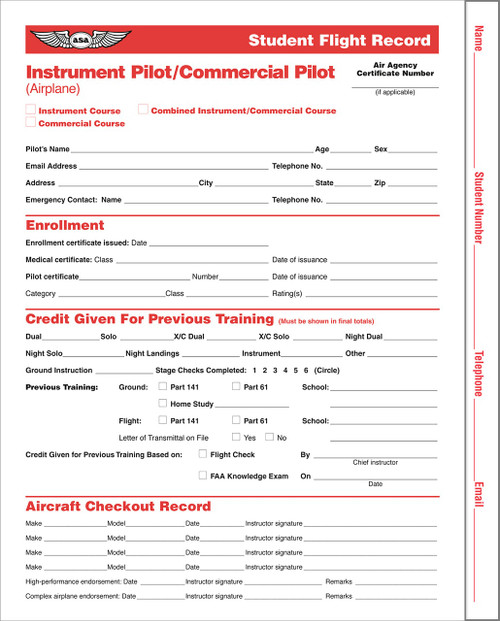 These folders represent a terrific bargain for flight instructors at less than half the cost of competitive products. Sturdy and durable, ASA Student Flight Records provide CFIs convenience and peace of mind that their training obligations have been met.