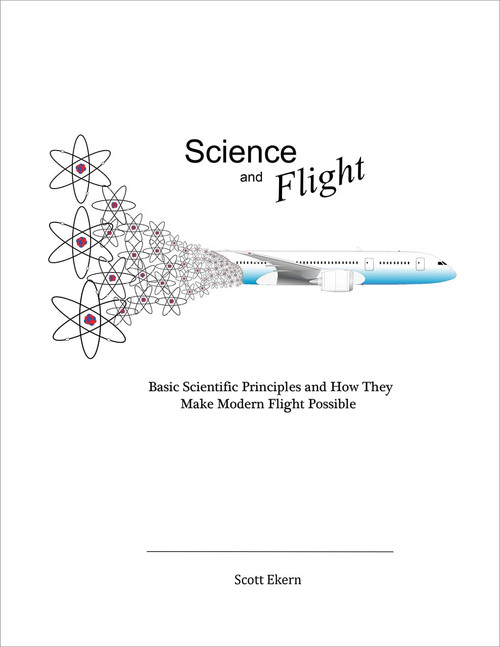 Science and Flight by Dr. Scott Ekern introduces the basic scientific principles that, while not always visible to the eye, are absolutely essential for flight to be possible. Concepts and ideas ranging from those that are hundreds of years old, to theories still being researched today, are explored and explained in plain language. A scientific background is not assumed or needed for this book; as a reader you need only bring a desire to “open up the black box” and see how things work inside.

Beginning with the physics of matter, forces, and light, you’ll learn how these are manipulated in clever ways to make the most common of aviation devices. Then, these concepts are extended to nature to explain the occurrence of everyday phenomena such as lightning or the Earth’s magnetic field. Emphasis is placed on why things work, on a fundamental level, so that the end results of these processes can be better understood. Throughout the book you will be shown how an aircraft and its technology need to interact with the surrounding environment in order to function properly. Also, the author covers some not-so-well-known facts that science has revealed about the world we live in.

Topics include matter, its forms and forces—including the four fundamental forces of flight; the origins and uses of electricity, and magnetism; gases and fluids, and their behavior; light and its multitude of uses; forms of navigation that guide you locally and globally; and finally, fuels and their complex path from resource-origins to becoming something useful.

Whether you fly privately, commercially, or for the military, this book brings advanced concepts in the science of flight down to earth and clarified for the average reader who wants to learn more about both the flight environment and the world around us.

Dr. Scott Ekern produced this book in its entirety and takes full responsibility for the content.